‘Wonder’ is a word that has been long diminished by excessive use in modern times. ‘Wonderful’ is a common term of phrase amongst myself and my friends in an effort to be considered far more cultured than we actually are; much like my inclusion of the dictionary definition at the beginning of this article, like some kind of pretentious douchenozzle.

But ‘wonder’ is absolutely the word that I would use to describe the feeling that rose inside me the first time I saw Jim Henson’s The Dark Crystal as a child.

Now granted, I’m of an age where I wasn’t around to have seen The Dark Crystal when it was first released, but that in no way assuages me from having lifted its banner and speaking to it as one of the greatest fantasy stories ever told.

Set in the beautifully realised fictional world of Thra, the film follows a young Gelfling by the name of Jen, the last of his kind (or so he believes), as he fulfills a prophecy instilled in him by his Master prior to the latter’s passing. His destiny, like many critically-acclaimed fantasy stories to have come before, and since, is to restore balance to Thra by replacing a shard of the Crystal of Truth, in order to unite the forces of good (the Mystics) and evil (the vulture-like Skeksis).

What differs The Dark Crystal from anything to have come before, or to an extent, since, is the sheer scale and devotion that came with bringing the world of Thra to life. Working hand in hand with life-long partner Frank Oz, Jim Henson not only wrote and produced, but poured vast amounts of blood, sweat, tears and latex into creating some of the most masterfully created practical effects ever seen on screen. 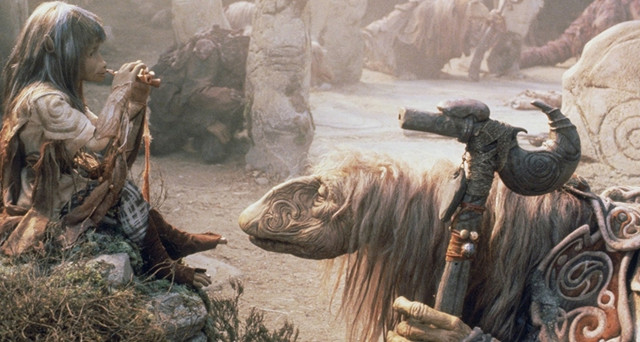 Imagine my grievance therefore, when delightedly speaking to ScreenCrunch’s own Aaron ‘Az’ Joyce about Netflix’s television series prequel to The Dark Crystal’s story, only to be met with a half-hearted shrug. After much soul-searching (and a quick rewatch of the movie to try and figure out if I was the crazy one), I reached out to others, swiftly learning that the common theme amongst people my own age was that most hadn’t ever heard of The Dark Crystal, not-the-least cared about it. Nobody seemed remotely as excited that we were finally getting another dip into the world of Thra some 37 years later.

Perhaps it is because The Dark Crystal is considered Henson’s lesser creation, an obtuse cousin to his later production, Labyrinth, despite the sheer heart, soul and attention to detail that went into both film’s development. Perhaps it’s the lack of human, relatable characters amongst Henson’s magical character creations.

All that I know for certain, is that when Netflix released a featurette at SDCC on the development of it’s upcoming series The Dark Crystal: Age of Resistance, I almost cried. Not only was it clear that this brand new story, that lies within its own time-frame, would serve as a prerequisite to a movie that I hold so dear, but that the passion and wonder that I felt about the universe was in fact shared by many.

It’s not only clear from the featurette that people believe in the world that Henson created, but they want to develop it, better it, and to make it something even more wonderful. With Lisa Henson, Jim’s daughter on board, as well as a host of the original production team from the 1982 movie, Age of Resistance looks to be a love-letter to what came before. 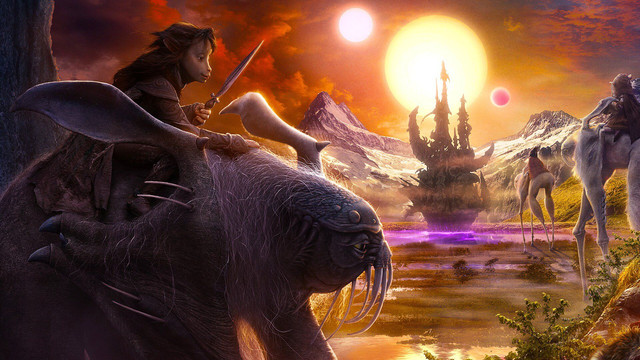 Not only that, but the talent involved lends credence to the fact that this is more than just a prequel series. A list of the voice cast involved so far includes:

So if my ramblings don’t sell it enough. Maybe the list above fills you with as much wonder as you need to at least give it a look. Take a look at the SDCC featurette below, and I hope that you’ll join me in Thra on August 30th.

Netflix’s The Witcher - Trouble in Temeria

Sometimes we only remember the good… sometimes only the bad.

Taika Waititi on for Thor 4

Live-action Akira gets shunted in favour of the god of thunder.

Eeep, there are no comments here, add one above!

Can you name these Spider-movie baddies?

Can you name these MCU villains?